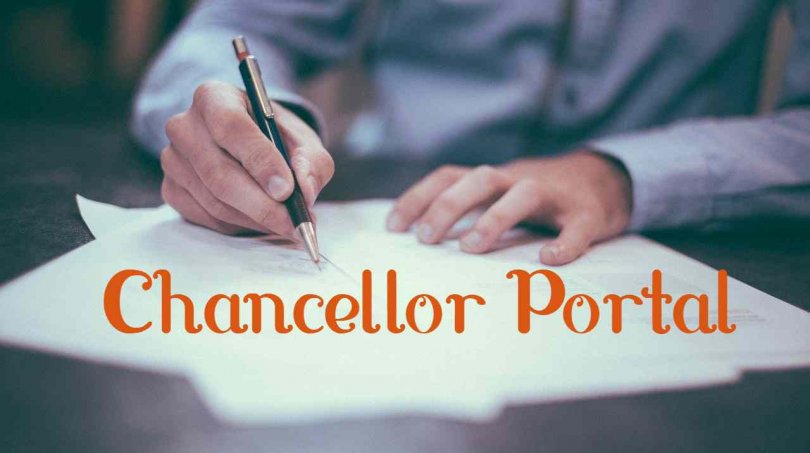 How to Apply For Chancellor Portal Admission 2020?

Binod Bihari Mahto Koylanchal University, Dhanbad was established on 13th November 2017 by the Government of Jharkhand. The University has 10 Constituents and 43 Affiliated College (including B.Ed. Colleges), one Govt. Engineering College and one Govt. Medical College spread in Dhanbad and Bokaro districts of Jharkhand, with its headquarter at Dhanbad. The University offers Undergraduate and Postgraduate courses with 21 Postgraduate Departments, which includes the Department of Management, Education, Mass Communication, Art & Culture, Law, Foreign Languages, Life Science, Computer Science, and Environmental Science & Disaster Management.

The Kolhan University was established on 13 August 2009 with 14 Constituent Colleges and 12 Affiliated Colleges in geographical jurisdiction of East Singhbhum, West Singhbhum and Seraikela Kharswan District with more than 80,000 students strength. The University is in the area of tribal regions.

Nilamber-Pitamber University is a state university located in Medininagar, Jharkhand, India. NPU is one of the largest universities of Jharkhand which manages and operates all colleges in Palamu district as well as other nearby districts like Garhwa, Latehar, etc. It is an autonomous institution.

Ranchi University is a university in the Jharkhand state of India. It was established on 12 July 1960 as a teaching-cum-affiliating university, and its first vice-chancellor was Vishnudeo Narayan Singh. It is headquartered in Ranchi, the capital city of Jharkhand.

Ranchi College, Ranchi (now upgraded as a Unitary State University and known as Dr. Shyama Prasad Mukherjee University, Ranchi) had been established during the Pre- Independent India. Established in 1926 as Government Intermediate College, it marched ahead and began Under- Graduate and Post –Graduate Courses in various subjects of Arts/ Science in the year 1946. The UGC accorded it the status of an “Autonomous College” in 2009. Also, it had been recognized by the UGC as “College with Potential for Excellence”. This primer college of the Capital has set its mood and never looked back.

Sido Kanhu Murmu University (formerly known as Siddhu Kanhu University) is a public university situated in the indigenous peoples’ dominated area of Santhal Parganas region of Jharkhand state in eastern India. It has its headquarters at Dumka, the second capital of Jharkhand.

The Vinoba Bhave University is located at Hazaribagh, India, and is funded by the Government of India. The university came into existence on 17 September 1992[1] after the bifurcation of Ranchi University as a teaching-cum-affiliating university. The university offers courses at the undergraduate and post-graduate levels.